MS. JEAN-PIERRE:  All right.  Good afternoon, everybody.  I hope everyone had a restful long weekend.

Q    Yeah, the Atlanta Fed GDPNow tracker is showing that the second quarter — it’s estimating second quarter is negative growth — 2.1 percent.  Should that hold — the U.S. has been in recession for the first half of this year.  Does the President believe that we are in a recession, first of all?  Second of all, if that does hold, does the President accept responsibility for his policies as part of that?MS. JEAN-PIERRE:  So, first, do we believe we’re in a recession?  No.  That’s — that’s my answer to you on that.

So, there is a nonpartisan data that came out recently — the National Bureau of Economic Research, which I’m sure you know, very well, Ed.  It determines and defines recession.  And so let me just quote here for a second.  “In recent decades, the two measures we have put the most weight on are real personal income less transfer and nonfarm payroll employment.”  So that is from the nonpartisan National Bureau of Economics Research, again, determines the definition of recession.So here are the facts.  The facts are this: We’ve averaged more than 400,000 jobs every month for the past — over the last — I should say, over the last month — three months.  We’ve held steady — that 3.6 unemployment rate.  Consumer spending remains strong and above pre-pandemic trends.  Business invest- — investment remains strong, and household balance sheets remain strong.

So we do not believe that we are in a recession, and we have a nonpartisan entity to speak to that more directly and more specifically.

Q    One more quick one.  At the G7, there is video of the French president running up to President Biden and relaying a message, saying that the Saudis are about at capacity through the UAE.  Did President Biden ask the French to ask the Saudis to pump more oil through the UAE?MS. JEAN-PIERRE:  I did not hear this conversation, so I can’t speak to that conversation either. But what I can say is, as we know, the early week of Jan- — of June, the OPEC+ announced that they were going to increase their capacity for July and August by 50 percent.

So I will — I will leave that there.  And I think that says a lot about where they are with their capacity.  And, of course, we welcome that.  And — but — but, again, I’ll — I’ll leave it to OPEC+ to speak to that.

Go ahead, Ebony.  I know I promised —

Q    Two quick questions — one on gun reform.  Is there anything or any consideration that the administration can do when it comes to regulating military-style ammunition, whether that be in production?  Is there anything that the Fed can do to move in that capacity?  Since you’re not getting anywhere with — on guns, what about ammunition?  Any talks?

MS. JEAN-PIERRE:  So we believe that the best way to really have a comprehensive gun reform is through legislation, is to work with Congress as it comes through the federal level.  The President has done the most executive action than any president at this time in their administration. And so now what we are going to continue to do and — and continue to focus on is to — is to work with Congress to do more.  And one of the things that I’ve just been pointing out is the banning of assault weapons, which we believe is incredibly important, as the President led on this issue back in 1994.

Q    The Senate recesses in August.  A lot of the President’s efforts on criminal justice basically have stalled, but I want to ask about the EQUAL Act legislation to end the disparity between crack and powder cocaine.  The House passed a bill last September — overwhelming bipartisan support.  Is the President leaning in at all on lawmakers to send — to get this bill to him?

MS. JEAN-PIERRE:  So I have to talk to our Office of Leg Affairs on that.  I do not know where that — that legislation is currently.  I don’t know if it went over to the Senate.  I don’t know in what — in what — where the mechanics are on that.  But happy to take that question to you in the back. 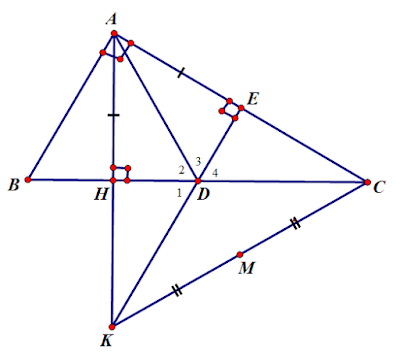 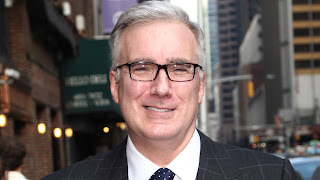 - November 30, 2021
MS. PSAKI:  Hi, everyone. Q    Whoa. MS. PSAKI:  Oh, sorry. Q    What, you got a holiday to go to?  (Laughter.) MS. PSAKI:  Whoa.  We’re a little earl- — we’re just excited to see you guys.  Okay, I realize we’re a little early.  So, good afternoon, everyone.  Take your time.  If people want to shuffle into their seats.  I know this briefing is a bit later than normal, but we wanted to make sure we had a special guest who could join us.  And Energy Secretary Jennifer Granholm is here for, I believe, her third visit to the Briefing Room with us. SECRETARY GRANHOLM:  (Holds up two fingers.) MS. PSAKI:  Second?  Okay. Today, she’s here to speak about the President’s actions to make 50 million barrels of oil available from the Strategic Petroleum Reserve to lower prices for the American people. We’ll turn it over to her.  She has a bit of a time hardout, so we’ll — she’ll take some questions and then we’ll send her on her way, and we’ll continue to do a briefing after that. With that, I w
Read more