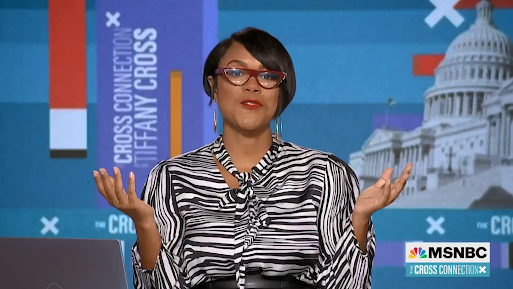 Tiffany Cross goes in on ESPN anchor Sage Steele and other Black voices who "have been propped up by wealthy or powerful white Americans." But as Tiffany notes, "And yet… we, the keepers of the culture, don’t really rock with any of them like that." 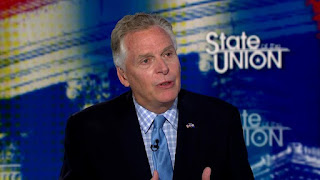 See Also: Dr. Anthony Fauci tells Dana Bash  that US Covid-19 cases are headed in the “right direction,” but the US should be careful not to prematurely declare victory.

"OK, Carlos Watson, Sage Steele, Van Jones. What do these three folks have in common? Well, they’re all people who’ve been prompted up by wealthy or powerful White Americans, and yet we, the keepers of the culture, don’t really rock with any of them like that. Now obviously, the three of these folks are definitely Black faces. However, they are not necessarily Black voices. And there’s a difference," Cross said.

She referenced the incident last week when ESPN "SportsCenter" host Steele was pulled off the air for her comments about former President Obama.

"If they make you choose a race, she's like, ‘What are you going to put?’ And I go, ‘Both.’ And she's like, 'Well, you can’t,'" Steele said. "She goes, 'Barack Obama chose Black and he's biracial.' And I'm like, ‘Congratulations to the president.' That’s his thing. I think that's fascinating considering his Black dad was nowhere to be found and his White mom and grandma raised him, but hey, you do you. I'm gonna do me."

Cross also called out Jones as "Jeff Bezos’ Black friend" for supposedly going easy on former President Trump in his 2017 State of the Union address.

"He became president of the United States in that moment," Jones said at the time.

Although Jones previously complimented Trump for "the good stuff he has done for the Black community," the CNN host has also been critical of the former president. In 2016, Jones referred to Trump’s election as a "White-lash against a Black president." In 2019, two years after the clip Cross showed, Jones referred to Trump’s State of the Union speech as "a psychotically incoherent speech with cookies and dog poop."

Despite this, Cross criticized people like Jones as a "modern-day minstrel show" promoted by wealthy White people.

"I’m sure someone is giving themselves a diversity pat on the back by having that modern-day minstrel show. Sage, Stepin Fetchit on the airwaves, spewing her continued nonsense," Cross said.

Near the end of the rant, she called on the "rich and powerful" to prop up people like her who "make [them] uncomfortable."

"A word of advice to the landscape of the rich and powerful: Perhaps instead of investing in people of color who make you comfortable, you may want to give a second look to those of us who make you uncomfortable. After all, we’ve been uncomfortable for a mighty long time," Cross said.

Chief medical adviser Dr. Anthony Fauci  was on CNN this morning, as usual, being asked whether or not kids can go outside on Halloween and how soon adults who complied with the vaccine push will be permitted their freedoms. CNN asks Fauci a LOT about how much longer they can continue to enjoy Americans being pushed around. It’s one of their favorite subjects, and the salivate for him to make dire predictions and demand absurd restrictions. This time, he told Dana Bash it’s tough to say when (and the “if ever” was heavily implied) American citizens will be released from the yoke of the CDC’s absolute authority over their every move and actual breath. "You can get out there – you're outdoors for the most part, at least, when my children were out there doing trick-or-treating – and enjoy it," Fauci said. "I mean, this is a time that children love. It’s a very important part of the year for children. I know my children enjoy it. "Particularly if you're vac
Read more